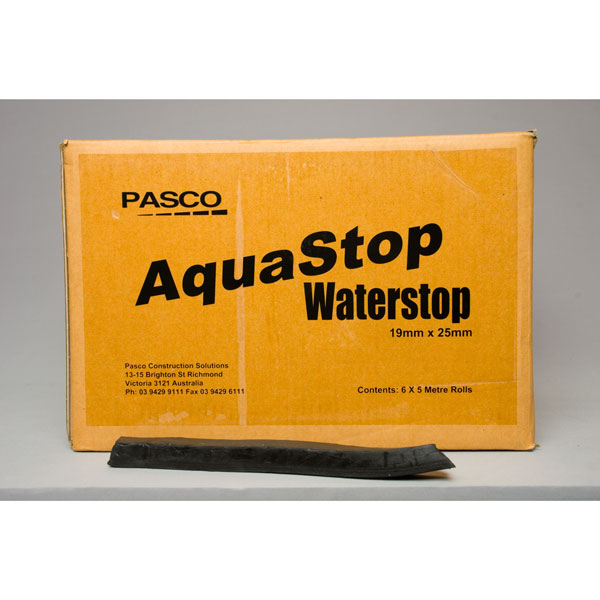 PASCO Aquastop Waterstop is a flexible hydrophilic polymer rubber waterstop for sealing construction joints and precast panels. When installed Aquastop expands in a controlled fashion on contact with water.

PASCO Aquastop consists of tightly packed charged microscopic platelets. Between and within these platelets there is a separation of charges positive and negative. Water molecules are attracted to the unique clay structure of positive and negative charges and wedge themselves between the platelets causing them to separate & swell. The hydrated bentonite forms a seal preventing further migration of water. As hydrostatic pressure is increased the platelets compact forming a tighter seal.

Areas of Application Include: